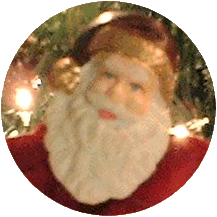 Now playing oldies music from our sister station American Sixties Radio. Our seasonal programming will be back on November 20 2023 at Midnight (Eastern Standard Time) or in exactly... Welcome to the official website of American Christmas Radio, the holiday radio station of America. We are broadcasting every year from November 20th to December 26th. The rest of the year we are American Sixties Radio, playing the oldies of the 60s, late 50s and early 70s. If you like our radio station, tell your friends, listen often, and don't forget to share on social networks!
Follow us on our Facebook page!
Our programming

Christmas music has always been an important part of the holidays at our house. American Christmas Radio exists to share our favorite music with you. We feature the best North American Christmas songs from 1941 to today with a few favorites from across the pond thrown in. From old favorites like Bing Crosby, Judy Garland, Johnny Mathis, Tony Bennett, Barbra Streisand, Tennesse Ernie Ford, Andy Williams, Perry Como, Dean Martin, Doris Day, Burl Ives, Harry Belafonte and Nat King Cole to the rock and roll classics by Elvis Presley, Bobby Vinton, and the Beach Boys to the newer classics by Neil Diamond, Natalie Cole, Kenny G, Dolly Parton, Roger Whittaker, Vanessa Williams and the Carpenters.

Movie soundtracks are part of our program too like the wonderful John Williams score for the Home Alone movies or Alan Silvestri's Polar Express. Finally, we also feature sacred music from the Our Daily Bread ministries to complete our offering. Come and listen like you would at our house. We hope you enjoy the program!

We add new recent recordings every year from mainstream artists like Michael Bublé, Wilson Phillips, Annie Lennox, She & Him, Andrea Bocelli, Rod Stewart, Jewel, Idina Menzel, Darius Rucker, Renee Fleming, and more. Every year also, independant artists submit their songs to us and after careful selection some are added to our rotation and are enjoyed as old friends by our listeners for years to come. So enjoy the program and tell your friends about us!

We do not have our own application yet but you can download on your phone or tablet the RadioBox app to listen to our radio stations. Just enter Yimago 5 in the app search box.

Rate Our Songs
By rating our songs you help us choose the programming that you like. Vote as often as you like for your favorite (or less-favorite) songs on this home page and on our own players. The song with the most positive votes gets to be nominated the favorite song of the year!

About Us
American Christmas Radio is broadcasting 24 hours a day since November 24, 2004. Our streaming servers are managed by TorontoCast, a SOCAN (The Society of Composers, Authors and Music Publishers of Canada) licensed provider. We operate in full compliance with international broadcasting laws. We are a seasonal station sharing our stream with our sister station American Sixties Radio.
Visitors Locations Map
Blinking yellow dots > Current visits
Static green dots > Previous visits
Song of the Year!

Since our initial broadcast in 2004, we have counted the "thumbs-up" to award the song of the year. Which song will it be this year? Vote for your favorites now!
Past winners:

Christmas Music on Your Website
Delight your site or blog visitors by placing this small radio player showing the current album art, artist name and song title.
Cut and paste the code on your website. Change option to play=0 if you want music on demand instead of auto play.